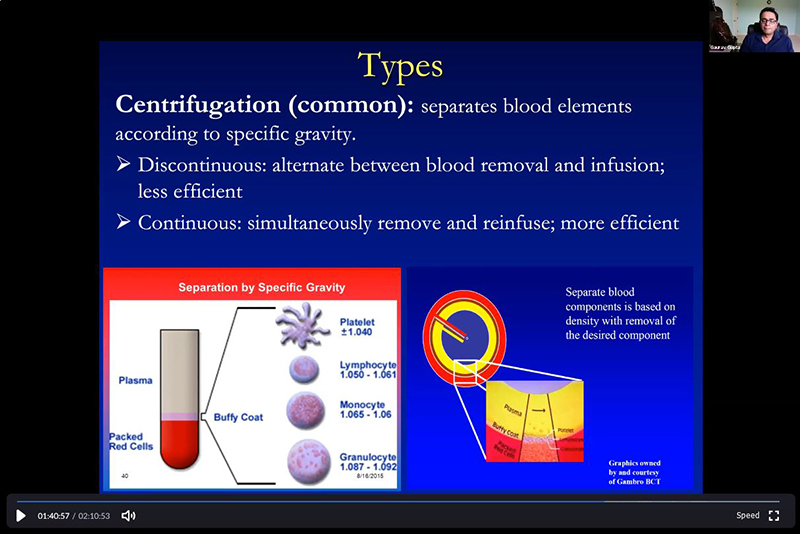 The Aligs’ Academic Enrichment Programme (AAEP), in association with Aligarh Medical Alumni Association of North America (AMAANA), organized the second session of the international webinar through Zoom on “JNMCites’ Experiences from the COVID frontlines”.

In his opening remarks, Prof R Maheshwari (Dean, Faculty of Medicine) urged all senior and junior members of the medical fraternity to join this series of webinars and interact with frontline COVID warriors at the JNMC and at US hospitals. He said JNMC is playing a significant role in containing COVID-19 pandemic at Aligarh and in nearby areas and it is committed to playing a wider role in collaboration with the central and state governments. He said that JNMC has till so far screened more than 90,000 samples and served a number of COVID patients successfully.

Prof Maheshwari appreciated AMAANA for its role at JNMC and taking the webinar initiative in sharing mutual experience, which would help not only local consultants at JNMC but also graduates practicing elsewhere.

Click the button below to view a recording of the entire webinar and all the presentations:

All fees are non-refundable. 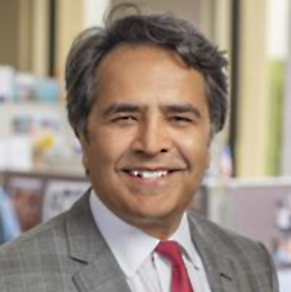 Dr. Ashraf Khan received his medical (MBBS) degree in 1980 from Jawaharlal Nehru Medical College, AMU, Aligarh, India following which he did 3-year postgraduate training (MD) in Pathology and then joined as a lecturer in Pathology at the same institution in 1983. In 1985 Dr. Khan moved to England where he trained in Histopathology at Lewisham and Guy’s Hospital of the University of London. This training included experience of working at the Hedley Atkins Breast Unit of the Imperial Cancer Research Foundation at Guy’s Hospital under Dr. Rosemary Millis an internationally recognized breast pathologist who inspired him to become interested in breast pathology. After serving as a senior Registrar in Histopathology for 3 years at Guy’s Hospital and passing the MRCPath examination, Dr. Khan migrated to the United States in 1993 to join as a Surgical Pathology Fellow at University of Massachusetts Medical Center (UMMC). This one-year fellowship was followed by his appointment as an Assistant Professor in Pathology at UMMC in 1994, and worked his way up to his present position as Professor of Pathology (since 2005). He is currently the Director of Surgical Pathology and served as Director of Pathology Residency Program from 2001-08 at the University of Massachusetts Medical School. He is actively involved in the UMASS medical center and medical school administrative functions serving on the Faculty Council, Medical School Admissions Committee, Cancer Committee, and Director of Clinical Labs at UMASS’s Hahnemann and Memorial campuses and Quality Assurance Coordinator of the Hospital Tumor Registry among others.

Dr. Khan’s clinical interests include Breast and Endocrine pathology. He served as Secretary and later President of the Endocrine Pathology Society (a companion society of US and Canadian Academy of Pathology with members from North America, Europe and Japan) from 2002-05. He is also on the Editorial Board of the journal Endocrine Pathology and is the Section Editor (Endocrine Pathology) of Archives of Pathology. He regularly serves as a peer reviewer for a number of pathology and endocrinology journals. Dr. Khan has published more than 100 original articles, invited review articles, book chapters and abstracts in the field of Endocrine and Breast Pathology. He is the Editor of a textbook on Surgical Pathology of Endocrine and Neuroendocrine Tumors published by Springer publications and a co-editor of Molecular Pathology of Breast Cancer another textbook being published by Springer. Dr. Khan is a Principal Investigator of research grants on Breast Cancer from Massachusetts Department of Public Health, and US Department of Defense. Dr. Khan’s research interest in breast pathology includes evaluation of molecular markers in the diagnosis and progression of breast cancer; and understanding the mechanism of Herceptin resistance in HER-2 over-expressing breast cancer and evaluating novel imaging modalities in breast cancer such as Fluorescent and Terahertz imaging and confocal microscopy. In the field of endocrine pathology he has published numerous papers on the evaluation of biomarkers in diagnosis and progression of thyroid cancer.

Dr. Khan is an active member of the Association of Indian Pathologists in North America (AIPNA) ever since it was founded in 1995. He has played a critical role especially in its Continuing Medical Education activities and served as the Chair of CME committee and Executive Director of AIPNA. He is the founding president of Aligarh Alumni Association of New England (AAANE) and has been actively involved involved in its activities since AAANE’s inception over a decade ago. 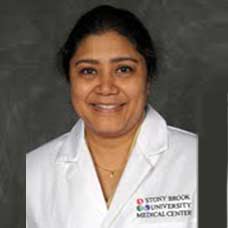 Dr. Tazeen Beg graduated from the Jawaharlal Nehru Medical College, Aligarh in 1991. After completing Residency in Anesthesiology at JNMC she immigrated to the United States to be with her husband Mirza Irfan A Beg and his family. She joined Stony Brook University Medical Center as a Resident again in Anesthesiology. Because of the fact that ‘who comes to Long Island stays on Long Island’ she stayed on at The Brook! Currently she divides her time between working as an Assistant Professor of Clinical Anesthesiology and the Section Chief of Anesthesia for Endoscopic Procedures and being a mom to two beautiful daughters Tanya and Amber. 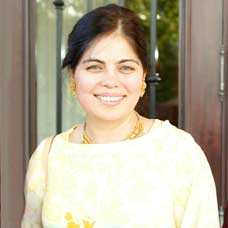 Sadia spent most of her life in Aligarh before moving to USA. During her student days, she was actively involved in General Education Center of the A.M.U. and the J.N. Medical College. Now, she is very involved in the Aligarh Alumni Association of New England (AAANE) and is the current President of the AAANE. In her free time, she does lot of volunteer and charity work for many organizations. 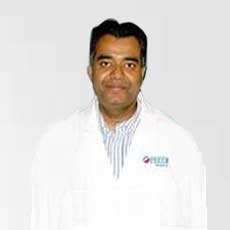 Dr. Sameer Qamar was born & raised in Aligarh. He got his schooling from Our Lady of Fatima Higher Sec School and joined JNMC in 1986 and graduated in 1992. He then joined postgraduate Diploma in Radiology(DMRD).

He was the elected Secretary of Junior Doctors Organization(JDO)in 1993. After completion of DMRD he worked in Gurgaon & Delhi for one and a half years after which he joined the Ministry of Health, Saudi Arabia in 1996 as Radiologist and was posted in Riyadh Region. In 2004 he moved to New York and joined Mountt Sinai School of Medicine in Internal Medicine. He finished his Residency in 2009 and since then has been working as a hospitalist in Joplin, MO. 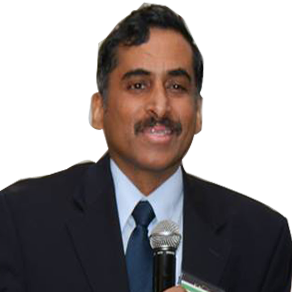 Dr. Ananthakrishnan Ramani, >MD, FACP, AAHIVS, is the Chief of Infectious Diseases and Microbiology at Columbia Memorial Hospital, Hudson, NY. He graduated from J. N. Medical College, India in 1979. After completing his residency in Medicine, he joined Kasturba Medical College, Manipal, India. He was professor of Medicine, when he migrated to US. He completed an Internal Medicine residency and an Infectious Diseases Fellowship at Albany Medical Center, Albany, NY in 1997.

Dr. Ramani has published and presented over 100 original articles in various fields of internal medicine and Infectious diseases. His special interests include antimicrobial resistance; hepatitis and HIV. As a Fellow of the American College of Physicians, Dr. Ramani is actively involved in the New York chapter. He serves as the Medical Director of Columbia County Department of Health and is chairman of the Tick Borne Diseases Task force in Columbia and Greene counties. Dr. Ramani serves as a trustee of the Potts Memorial Foundation which supports research on tuberculosis and other respiratory diseases. He is married to Dr. Rama Ramani, MD a research scientist in Albany, New York and they have 2 children.

Dr. Syed Mohsin Alvi received his MBBS in 1996 from J.N. Medical College, AMU. He served as the General Secretary of the J.N. Medical College Society in 1994 and University Secretary for the Music Club in 1995. Dr. Alvi achieved his MBA in Medical Services Management from Johns Hopkins University School of Medicine and completed his residency in Internal Medicine at the University of Connecticut . He has experience of working in more than 20 large, small, urban and rural hospitals in North America . He has clinical and clinical trial investigation trainings from renowned hospitals like Johns Hopkins Hospital, Harvard Medical School and Tufts Medical Center. He is currently employed as an academic hospitalist for Vanguard Health Systems and is based at Saint Vincent Hospital located in Worcester, Massachusetts . He holds a faculty appointment at University of Massachusetts Medical School as an Assistant Professor of Medicine and teaches medical students, residents, physician assistants, nurse practitioners evidence based clinical decision making. Dr. Alvi is a founding member of Society of Participatory Medicine and is member of North American Thrombosis Forum, Society of Hospital Medicine, Massachusetts Medical Society, Health Information and Management Systems Society, Institute of Healthcare Improvement, American Society of Addiction Medicine and other national and international healthcare organizations. He is passionate about clinical decision support systems/electronic medical records and serves in Medical Informatics/Computerized Provider Order Entry , Hospital Process and Medicine Performance Improvement Committees.

He is the founding President of non- profit organization Medical and Social Services in Helping Asia, supports Worcester Chapter of StandUp for Kids a non-profit helping rescue homeless, at-risk youth and is current Vice President of Aligarh Alumni Association of New England. Dr.Alvi lives with his wife Maaria and son Maaz in Westborough, MA and enjoys giving presentations on health care topics, travelling, cooking and listening to classical indian music in free time.

Dr. Abdul Wase graduated from Jawaharlal Nehru Medical College, AMU Aligarh in 1979. He completed a year of Residency in general surgery and moved to USA while enrolled in post-graduate program in Surgery.

He served as Clinical Instructor at University of Wisconsin, Milwaukee in 1994 and subsequently moved to Ohio where he is currently a Clinical Professor of Medicine since1998

Dr. Wase was appointed the Program Director, Cardiology Fellowship program at Wright State University in 1999. Under his leadership graduates from the Fellowship have gone on for advanced Fellowship training to many prestigious institutions such as Yale, Oschner clinic, Vanderbilt University and University of Pittsburgh

He is the recipient of the Lifetime Achievement Award for his distinguished career conferred by World Congress of Preventive and Clinical Cardiology in 2006. The award was  presented by the late President A.P.J. Abdul Kalam at Rashtrapati Bhawan.

He has published multiple articles in peer-reviewed journals on various topics of arrhythmia and syncope and presented at national and international conferences. He continues to be active in Research and his areas of interest include Electronic Devices (Pacemakers and Defibrillators), Watchman and complex Ablation procedures.

He enjoys bicycling, reading and travelling. He is married and father of two daughters.